Behind the Costumes in Into the Woods 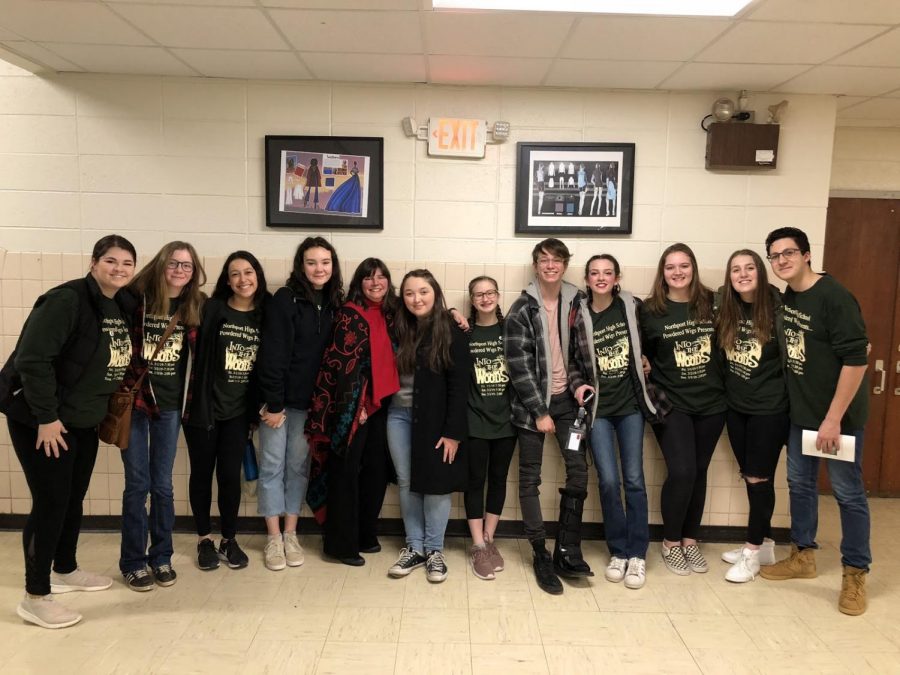 As a member of Costume Crew, I can testify that the dresses, shirts, and suits on the actors of this year’s school production, Into the Woods, were more than just simple sewing projects done in a few hours. Costume Crew puts in immense amounts of work to make sure every actor and actress feels their part in the story. Every cast member on stage was given a costume designed or created by a current or past Costume Crew member. Along with the students who are in Costume Crew, adviser Mrs. O’Neill-Gonzalez never fails to put in maximum effort to make sure every member executes their project exactly how they want it to be.

Throughout the month of December, members watch a version of the production and decide which character they want to bring to life. After this point, the process can begin. The crew often finds reference photos and then a pattern for their costume. Over the course of three months, costumes are made from scratch. Members are able to design their piece exactly how they envisioned it. “You are given a lot of creative freedom and it is a creative outlet”, says junior Ariana Velasquez. In addition to garments, members also make accessories such as hats or parasols. Different skills from sewing and felting to knitting and painting are welcomed and valued in Costume Crew. Everyone in Costume Crew can agree that it is extremely rewarding to see your hard work on stage.

Costume Crew not only puts in immense work for three months prior to the show, but they also have to fix every single mishap that happens during Tech Week, the week before the show in which there is a dress rehearsal after school everyday. From carrying dozens of safety pins to helping cast members change into their costumes, Costume Crew is always busy during tech week. Junior Dan Borghard explained how it’s really important how the costumes look on stage, which can sometimes cause issues during the dress rehearsals; however, the crew works together to make sure everything looks perfect in time for the show.

Beyond bobbins and seam rippers, Costume Crew has provided all its members with unity outside of the classroom and friendships. Junior Olivia Tully joined this year and says Costume Crew is her “home away from home.” “We not only make costumes but we also make friends,” says sophomore Lindsey Papasian. Every member forms friendships in the process of being creative in the club. “In the four years I have been involved [in Costume Crew],  I have made so many friends and got to see everyone grow with me”, says senior Julia Howard. Julia is among the few seniors that have influenced all of the other members and helped us grow this past production.

If you have an interest in the costumes on stage, you are welcomed by every member of Costume Crew for next year’s Northport Powder Wigs production (listen for announcements in November)! 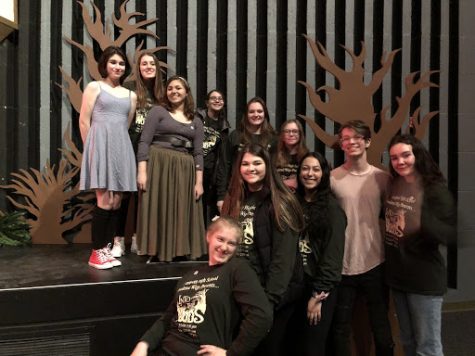