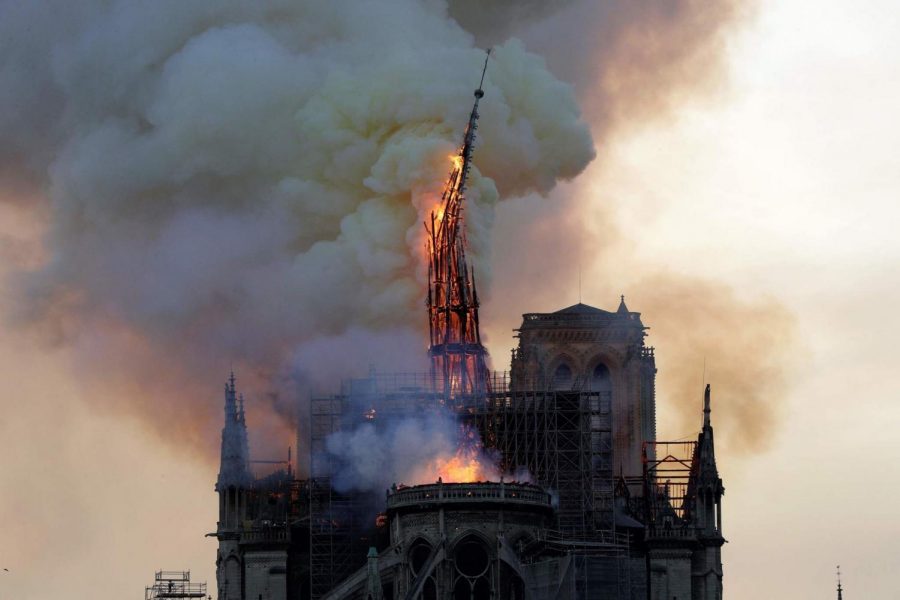 UPDATES BELOW
The Cathedral of Notre Dame in Paris, France is probably the most iconic church in the entire world, and has endured the test of time for nearly 700 years- until the afternoon of April 15th, 2019, when an enormous fire erupted from within the structure and began to consume the roof and spire. The cause of the fire is not known as of yet, but firefighters are actively on the scene attempting to cull the blaze. Law enforcement and the fire department speculate that the fire may be related to the ongoing renovations being done on the building. The roof of the structure and its iconic spire have both collapsed, and the fire continues to wage on in the interior. Many of the stained-glass windows have blown out, and much of the artwork inside that is not made of stone has been destroyed.

France’s president, Emmanuel Macron, has cancelled a speech that had been planned for later this evening due to this event. France is already currently being ravaged by the ongoing “yellow vest” protests, which have already seen the destruction of other landmarks in the country. The partial or entire loss of the Cathedral, no matter what the extent of the damage turns out to be, will be a substantial blow to both France, and the rest of the world.

UPDATE
Firefighters propose a bleak outlook for the fate of the renowned Cathedral of Notre Dame, speculating that little of its wooden frame is likely to survive. “There’s a risk that the great bells fall. If the bells fall, it’s the tower that collapses,” says Jean-Claude Gallet, commander general of the Paris Fire Brigade. Contrary to what was stated in our prior article, many of the artworks and artifacts from within have been successfully evacuated. The fire continues to burn on, however, and firefighters say that the next 90 minutes will be the most critical to saving the church.