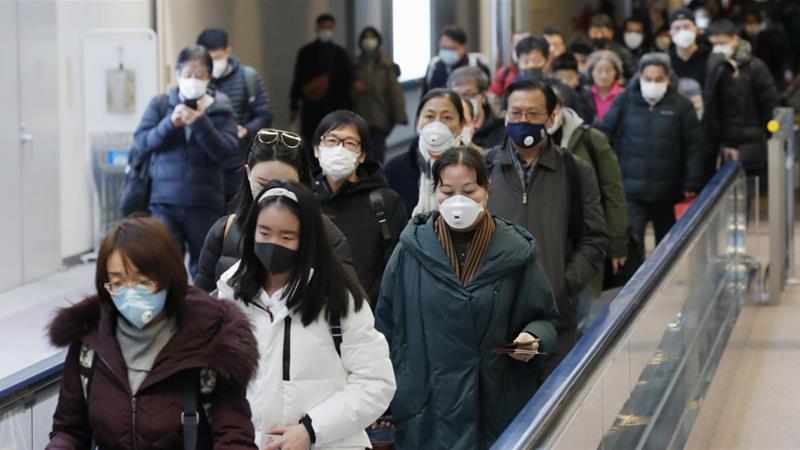 China is a vital piece of the world’s economy.  It alone makes up for more than 13% of total global exports, at more than $2 trillion dollars worth of goods a year (some $400-500 billion of that being then imported to just the US). It’s also an immensely-populated country with a huge amount of inbound and outbound travel: 2019 saw 143 million inbound trips to and 166 million outbound trips from China- just for tourism alone. So it’s no surprise that, when an extremely contagious and deadly virus breaks out at such a crucial hub of global relations, just about everyone everywhere is going to be on high alert.
Wuhan, the sprawling and expansive capital of China’s Hubei Province, is the epicenter of just such a virus. Known as novel Coronavirus (a placeholder title in which the word “novel” simply means “new”) or Wuhan Coronavirus, this pathogen belongs to- hence its name- a group of viruses known as Coronaviruses. Coronaviruses are zoonotic, meaning they can spread between humans and animals, although some types are restricted only to certain species. Coronaviruses come in all shapes and sizes: some are linked to simple illnesses like the common cold, while others can harbor more severe- or even fatal- consequences. This current outbreak definitely falls more on the “severe” side of the spectrum, to say the least.
The virus is believed by experts to have originated from the Huanan Wholesale Seafood Market in Wuhan. In addition to meat, the market also sold live animals; the close proximity of humans to these organisms likely was the genesis for the outbreak. On January 1st, the market was closed, and on the 22nd, Wuhan officials banned the sale of live animals in these types of markets as a precaution. This was, however, far too late to have any meaningful effect, as it had been more than three weeks since Chinese officials had begun investigating the first 27 cases of the virus on December 31st of 2019. On January 9th, the first death related to the outbreak occurred, in the city from which the virus originated. Between January 13th-15th, Thailand and Japan both confirmed cases of the coronavirus, marking the beginning of an international health crisis. On January 23rd, Wuhan and some surrounding cities saw their public transportation shut down and their borders closed, preventing anyone from entering or leaving contaminated areas. Wuhan’s mayor, however, confirmed that around 5 million people had left the city before the quarantine was put into place. 195 US travelers had to be evacuated from the locked-down city of Wuhan on the 31st, after which they were put into a mandatory 14-day quarantine- a precaution which the CDC had not taken in 50 years.
There have been 361 total deaths from the coronavirus- the first of which to occur outside of China was reported on February 2nd in the Philippines. Officials say the 44-year-old victim died the day prior, on the 1st.
By the 30th of January, nearly 10000 cases of the coronavirus had been reported in 21 countries- including the US. The first case of the illness in the US was reported in Washington state, when a man who entered an urgent care clinic in Snohomish County complaining of a cough and fever was diagnosed with the disease on January 20th. As of February 3rd, there have been 10 more cases of the coronavirus in the US, out of more than 17000 worldwide. Secretary of Health and Human Services Alex Azar declared a public health emergency on the 31st of January. In New York State, so far 11 patients that were tested for the coronavirus were shown to be negative; however, 3 possible cases are still under investigation in NYC.

The last major, epidemic-level illness to originate from China occurred in 2003, when an outbreak of the Severe Acute Respiratory Syndrome coronavirus (a close relative of the current pathogen) spread from the country to 26 others, resulting in around 8000 cases and 770 deaths worldwide. Though the death toll of that illness was more than double that of the current outbreak, its total reported cases is less than half of the 2020 novel coronavirus.
From an economic standpoint, a pandemic crisis of this magnitude could have just as disastrous effects as from a health standpoint. Airlines are already suffering losses from a lack of (or outright ban on) travel to certain areas, and many companies have closed stores at least temporarily in China, such as Apple, Starbucks, and McDonalds. As China is an incredibly important manufacturer of consumer goods, many companies are losing substantial income as a result of the strain that this outbreak has put on the country’s industry. The SSE Composite Index, which reports on all stocks traded at the Shanghai Stock Exchange, fell nearly 9% on February 3rd- its biggest daily drop in 4 years. A day prior, the People’s Bank of China pumped 150 billion yuan into the country’s economy to relieve pressure from the coronavirus- an amount equal to about $22 billion US.
The coronavirus has already caused extensive damage. But a new drug may be able to stop it from causing more. Research-based biotechnical company Gilead Sciences will soon begin testing of Remdesivir, an antiviral drug aimed at treating highly-infectious diseases, on Coronavirus patients in China. Though treatments like this often take years to perfect, many are hopeful that this new medicine could prove to be an effective cure, especially after the first coronavirus patient in the US saw his symptoms improve after being given Remdesivir.