“Aguirre, The Wrath Of God” is Historical, but Relevant to Today’s World 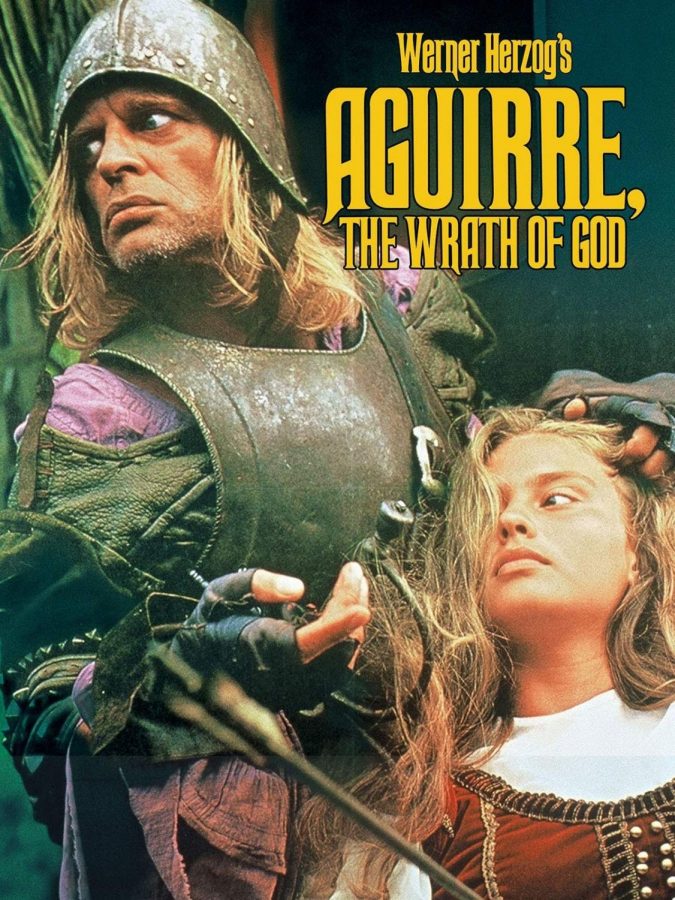 In his 1972 film, "Aguirre, The Wrath Of God", director Werner Herzog explores weighty themes through his analysis of 16th century Spanish conquistadors, all while emphasizing the topical relevance of the story to the twenty-first century world.

Title: Aguirre, The Wrath Of God

Werner Herzog’s 1972 historical epic Aguirre, The Wrath Of God opens in a misty haze, as the camera stands in the clouds of Peru. Slowly, the camera pans down to reveal 500 extras — llamas, cannons, and horses in tow — shuffling down the side of a Peruvian mountain, all searching for the fabled city of lost gold: El Dorado. Allegedly, director Werner Herzog (who is currently known as ‘The Client’ from Disney’s The Mandalorian) conceived the film in a frenzy; After reading a half-page historical report about Spanish conquistador Lope de Aguirre, Herzog wrote the script in two and a half days. Herzog explores weighty themes through his analysis of 16th century Spanish conquistadors, all while emphasizing the topical relevance of the story to the twenty-first century world.

The film follows a group of Spanish conquistadors and their indigenous slaves as they traverse a daunting tropical terrain. The waters are violent; the rains are relenting. But the group goes on — greed has wholly consumed the conquistadors’ minds. The film was filmed on location — deep in the jungles of the Peruvian rainforest — which produces a heightened sense of realism to every deep green that enters the frame. The camerawork is of a documentary style; each shot feels unplanned, as though the actors are simply reacting to their environment. While the camera moves to follow them, every step feels impromptu. In other words, Werner Herzog has crafted something that never feels fake or patched-up, but rather feels real.

While the film may include noticeable historical inaccuracies, history encompasses the narrative up until its end, The most significant reference is to Hernán Cortés, a sixteenth century Spanish conquistador who, upon landing on Mexican territory in the New World, disobeyed the wishes of the Spanish Crown and conquered the prosperous Aztec city of Tenochtitlan. The film’s titular protagonist, Lope de Aguirre, frequently cites the successes of Cortés as his motivation. Aguirre believes he is a righteous man, and that he should do everything in his power to be paid as such, no matter the lives affected or contracts broken. Aguirre feels infallible, exclaiming in a straight-to-camera monologue that he is “the wrath of God”. Through the character de Aguirre, Herzog demonstrates that history never truly changes; the drive for wealth and power is always a drug, regardless of the time period.

Werner Herzog’s Aguirre, The Wrath Of God is available on Amazon Prime.