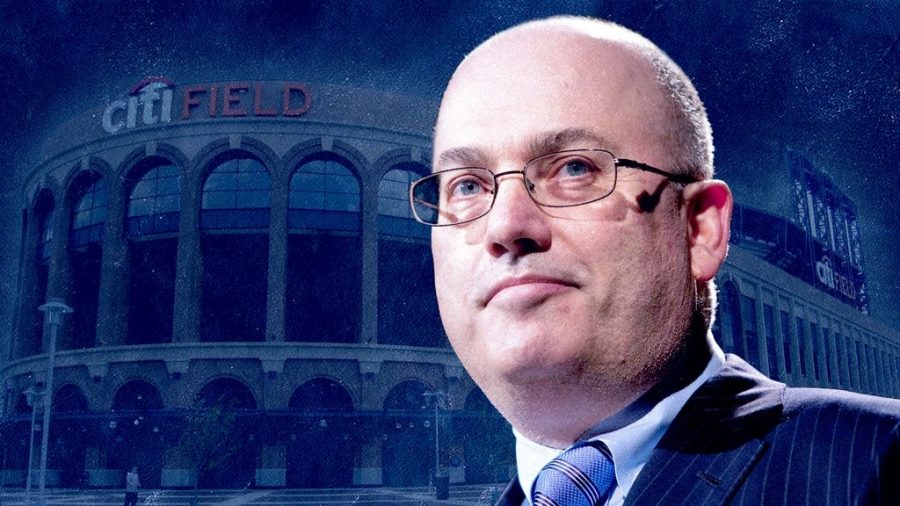 After purchasing the New York Mets for $2.4 billion in November, Cohen — who (as of July 2020) has an estimated net worth of $14.6 billion — became Major League Baseball's wealthiest owner. (Credit: Yahoo! Sports)

Everything seems to be coming up Metshouse. New York’s ‘underdog’ team is finally shedding their identity as a ‘laughing stock of incompetence’ — a characterization that can be attributed to owners Jeff and Fred Wilpon.

Under the ownership of the Wilpons, the Mets hired a former agent to be their general manager (this manager eventually brought in his former client), saw their stadium (CitiField) set on fire, and arranged for Bobby Bonilla to be paid an annual sum of $1 million until 2035 (as it turns out, Bobby Bonilla would leave the franchise in 1999). The list of the Wilpon’s failures goes on. For personal entertainment reasons, the Mets’ manager and a pitcher threatened to fight a reporter. And these are relatively minor ‘mistakes’; under the Wilpons, the Mets gave to the infamous Ponzi scheme ringleader Bernie Madoff millions of dollars in investments.

But there is light at the end of this tunnel of chaos. That light comes with a man named Steve Cohen.

If asked for the name of their favorite person, it can be expected that a large number of Mets fans would answer with Steve Cohen. After purchasing the New York Mets for $2.4 billion in November, Cohen — who (as of July 2020) has an estimated net worth of $14.6 billion — became Major League Baseball’s wealthiest owner. (Next in line is Washington Nationals’ owner Ted Lerner, whose estimated net worth is $4.8 billion.)

A lifelong Mets fan, Cohen promises to deliver something that the Wilpons could not: an expensive team that will consistently contend for a World Series championship. Although it has only been a month since his purchase of the Mets, he has already achieved that which no other owner has accomplished: Cohen used his new Twitter account (@StevenACohen2) to interact with fans. This has made Cohen even more of a fan favorite than he already was.; though he occasionally trolls fans, he often simply clarifies to them which journalistic comments about his team are true.

Just as the Cohen era of Mets baseball began, the League suspended eight-time all-star Robinson Canó for the entire 2021 season after he tested positive for the use of Performance Enhancing Drugs (PED) for the second time. Superficially, this seemed problematic for the Mets; however, at age 38, Canó’s performance has steadily declined, even considering his relatively strong 2020 campaign. More importantly, Canó’s suspension freed up $24 million — which was slated to go to the overpaid second baseman — on the Mets’ payroll.

What seems most important to Mets fans is the product on the field. While the Mets have had talent for years, their issues have always overshadowed their strengths. Cohen dismissed General Manager Brodie Van Wagenen — Canó’s former agent who traded top prospect Jarred Kelenic to acquire Canó and reliever Edwin Diaz before 2019, a move that flushed the Seattle Mariners with cash — and rehired former Mets General Manager Sandy Alderson.

So far, the Mets have brought in reliever (and Fortnite streamer) Trevor May on a two year, $15 million deal following a career season for May. It is rumored that Alderson is interested in acquiring the consensus top-three free agents in baseball: catcher J.T. Realmuto, pitcher Trevor Bauer, and outfielder George Springer. It is also said that the team is close to signing catcher James McCann — the second best backstop on the market behind Realmuto — to a four year deal.

If Alderson can agree to a deal with either or Springer or Bauer, and McCann, May, and some minor additions, in his first off-season, Cohen will have done something of which the Wilpons often fell short: spending money. While Opening Day is months away, and the Mets could fall flat on their face during the off-season, their stock is trending through the roof. And that is thanks to one bald and very, very rich man.