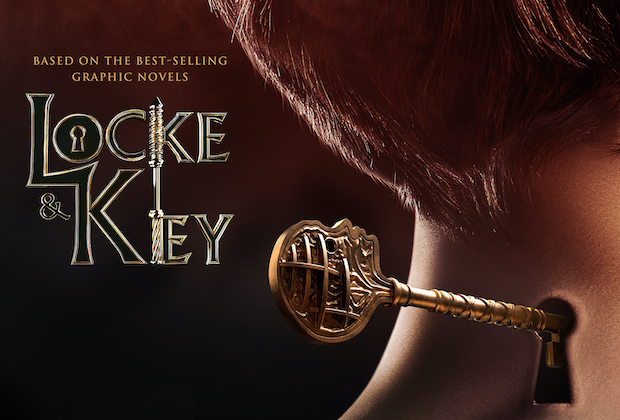 Netflix’s fast-paced, supernatural thriller, Locke & Key, may be the perfect series to binge-watch over a weekend.

Based on the graphic novels of the same name, Netflix’s fast-paced, supernatural thriller, Locke & Key, may be the perfect series to binge-watch over a weekend. With terrifying flashbacks, haunting realizations from characters and audience members alike, and good old-fashioned confrontations with internal demons entering one’s own head, the show keeps viewers on edge.

Locke & Key centers around the Locke children — Tyler, Kinsey, and Bode — who recently moved to the town of Matheson, Massachusetts. Flashbacks later reveal that this move comes after the three children and their grieving mother, Nina, lost their father and husband, Rendell, in a traumatic shooting.

When Bode Locke — the youngest child — comes across the Well House, a mysterious voice from inside the well speaks to him about powerful keys hidden in the house. Throughout the series, various creatures attack the Locke’s — who begin to learn more about Rendell and his teenage departure from his family home.

Although the show primarily focuses on the Locke children, Nina and a former friend of Rendell are given screen time to discuss Rendell’s high school friend group. These same characters eventually explore the creation and goals of Dodge, the well lady.

The majority of television shows seldom portray mental health issues realistically. Virtually all of our parents’ generation and much of our own grew up watching family-friendly shows (with the exception of Netflix’s 13 Reasons Why, which openly discusses mental health) — shows that feature ideal families whose ‘simple’ issues are resolved neatly.

The ‘Full House model’ of the family, however, does not accurately depict reality. Locke & Key tries to remedy this; the show develops previously untouched themes. Like every family, the Locke’s are not perfect. Rendell was shot at point-blank range. Kinsey’s flashbacks imply that she suffers from PTSD. Tyler becomes depressed and alienates himself from others after the incident. Nina searches for closure as she unearths her family’s hidden past.

Locke & Key is brilliant in that it does not address these issues plainly. The show certainly includes fantastical elements, but also conveys reality through the silent suffering of its characters who do not seek therapy. Kinsey and Tyler never share their feelings with their mother — even though they are given ample opportunities to do so — a reference to the fact that many refuse mental help out of shame or denial.

Netflix’s new thriller is defined by its splendid arc of storyline, which — though it initially appears to be tame — contains meticulously-placed mature themes that provide the show with a realistic and relatable feel. In addition, a constant feeling of uneasiness that Dodge may come pervades all scenes — even those set during daylight. And while the mystery slowly unravels as decades-old history resurfaces, the season concisely — but not hurriedly — concludes on a cliffhanger that will segue to the approved Season 2.