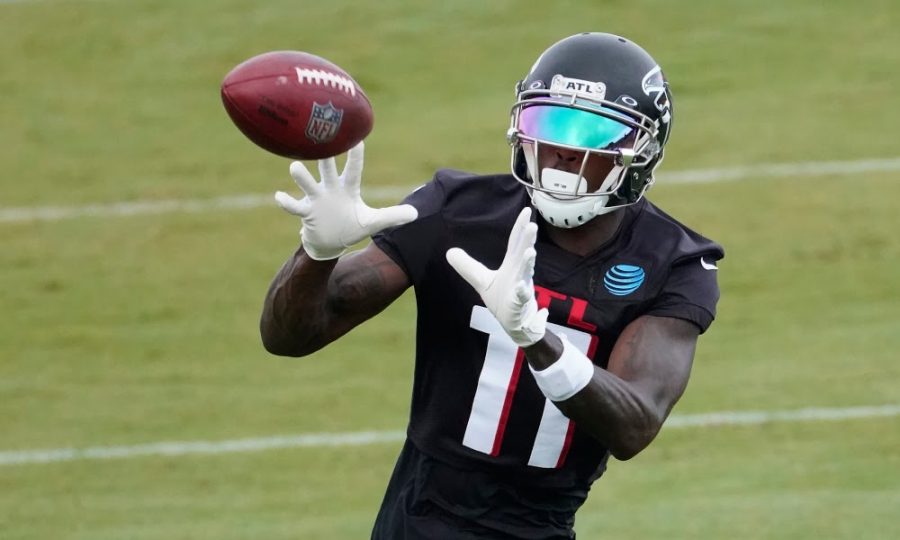 As Julio Jones expresses his urge to leave the Atlanta Falcons, the sports world speculates as to where he may end up next.

The National Football League could be on the verge of a monster trade. Julio Jones, one of the League’s premier wide receivers, wants out of the Atlanta Falcons.

The face-of-the-franchise for 10 years, Jones has been a multi-pro-bowler in Atlanta — though that hasn’t come without hardship. The team has not won a Super Bowl in his tenure, despite having come close with a 28-3 lead over the Patriots in Super Bowl LI. The Falcons have won only one season since, and they went just 4-12 in 2020.

Now 32 and nearing his the end of his career, Jones wants to win. According to NFL Network’s Ian Rapoport, Jones requested a trade a few months ago, and the Falcons have been listening to offers ever since.

A telling piece of evidence came Monday on Undisputed, a popular talk show starring Skip Bayless and former tight end Shannon Sharpe. Live on air, Sharpe called Jones regarding a photograph in which Jones is wearing Dallas Cowboys apparel. Jones, presumably unaware he was on live television, replied, “I’m out of there” — a bold reference to the Falcons.

In all likelihood, Jones did not know the whole sports world was watching. But the pressure is on. The fan reaction to the news consisted of shocked voices and jersey-swap photoshops.

Speculation on a possible trade is now beginning. While intriguing, the New York spin is unrealistic. The Giants made a big wide receiver splash in the offseason, adding Kenny Golladay and Kadarius Toney. The Jets are a more interesting option, but the chances remain slim. After signing Elijah Moore, promising sophomore Denzel Mims, slot receiver Jamison Crowder, and Corey Davis of the Titans, the Jets look set. Crowder, however, could easily be cut, and giving rookie quarterback Zach Wilson a Jones-like weapon would be a huge key to success.

Given this, it is imperative that Jones does not go to the rival Patriots. After Julian Edelman’s retirement, the Pats are weak at receiver (albeit strong at tight end). The real favorite seems to be the Tennessee Titans. They recently lost Davis, and they have a hole at receiver next to AJ Brown — one of the League’s best wideouts. With Jones, they could become a true contender.

The Julio Jones sweepstakes are not yet over. Rather, they have just begun. As the sports world waits, the fate of the upcoming NFL season hangs in the balance.