I Attended A Harry Styles Concert. Here’s What Happened. 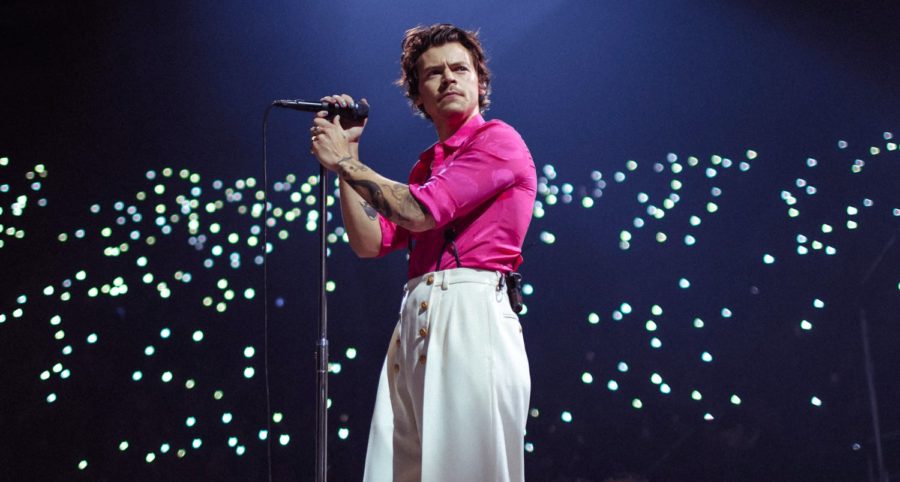 On Saturday, October 16, 2021, I was fortunate enough to attend Harry Styles' show at Madison Square Garden (MSG) for his Love on Tour 2021. As if my shaky-handed pictures and videos weren't enough, I now feel obligated to write about such a once-in-a-lifetime experience.

On Saturday, October 16, 2021, I was fortunate enough to attend Harry Styles’ show at Madison Square Garden (MSG) for his Love on Tour 2021. As I type this down, I am still riding on that post-concert bliss as I reminisce about the incredible night that happened a little less than a week ago.

As if my shaky-handed pictures and videos weren’t enough, I now feel obligated to write about such a once-in-a-lifetime experience.

My mom and I arrived in the city around 2:00pm and walked to MSG, where we saw a line of pit-goers sitting outside the main entrance. That will be me one day, I thought to myself as I made my way over to the merchandise stand. They had early shopping available, which was a smart move on my part, as there would be an absurdly long line after the show.

After this, we strolled over to the Penn Station side of the arena to take some pictures in front of the billboard.

Fast forward five hours, we got in line to enter the arena. It wasn’t until then that I realized how underdressed I was with my simple white t-shirt and jeans. All of the Harries were dressed to the nines in fruit-themed attire, feather boas, platform boots, and leather jackets. It was as if the 70’s threw up in the heart of the city. You could tell who was attending the show just by looking at their outfit. (I knew I should have listened to my mom when she proposed we wear wigs and boas.)

As we entered the arena and made our way up to our seats, I could hardly contain myself — I was getting more and more excited by the minute. I couldn’t wrap my head around the fact that I was going to see Harry Styles; I’ve been a huge fan of the man since 2012, and watching him grow and evolve into the person he is today is incredible. He’s had such a huge impact on my life since then.

(Don’t tell anyone, but when my parents presented me with the tickets, I let out a high-pitched screech. What’s better is that I could tell my mom was just as thrilled as I was. She had been listening to his entire discography on repeat ever since she found out we were going; she now listens to “Kiwi” at least three times a day).

Opening for Harry was singer-songwriter Jenny Lewis, who was remarkable. She had this cool, shag-like haircut that reminded me of Stevie Nicks in a way. She sang a few songs and really warmed up the crowd. And then, it happened. MSG went dark. The first opening chords of “Golden” started playing. The crowd went absolutely ballistic. Then the spotlight hit him — Harry was on stage.

He wore a simple black shirt with white high-waisted pants. It was simple, yet it suited him well. With his guitar in his hands, he looked like a rock star. And he had the act for it, too — he really engaged with the crowd.

“Whether you’ve been supporting me for one year, two years, five years, eleven years, whatever it is…you have absolutely changed my life. And no one knows more than me that I don’t get to do this if you guys don’t come. Thank you for everything you did to be here tonight. I appreciate it so much. And things like this just don’t happen to people like me, and I’m so, so grateful for you.  Thank you, thank you, thank you.”

Well, this should just about sum up that magical night. If I didn’t make it clear, I’m so happy. (Even as I still suffer from post-concert depression).

I never thought I would ever see Harry Styles live, and the fact that I was in the same room breathing the same oxygen as him was a dream. And as we drove home from the city just around midnight with a headache and a lost voice, I went to sleep with content, as I just witnessed the rock star of this new generation.