AP European History’s ‘Trial of the Monarchs’ Is A Success 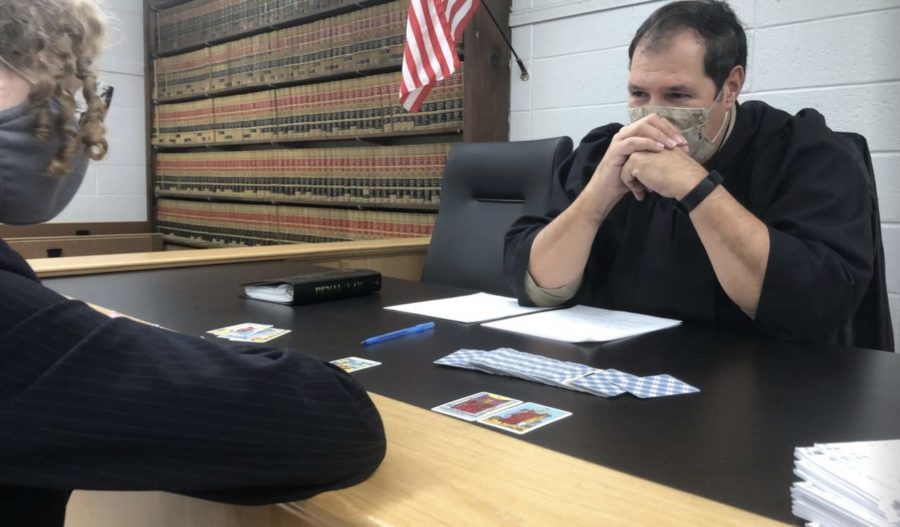 A couple of weeks ago, Mr. Turner's AP European History class participated in what was deemed the ‘Trial of the Monarchs.’

A couple of weeks ago, Mr. Turner’s AP European History class participated in what was deemed the ‘Trial of the Monarchs.’ As in a court of law, there were three different teams of people: the defense, the prosecution, and the witnesses. The witnesses were the monarchs of history and various enlightened thinkers; the defense and prosecution were the adversaries, trying to ascertain if absolute monarchy provided the best form of government for European society.

All of the witnesses present took turns going up to the stand and providing their argument. Despite the hard work of the enlightened thinkers, the monarchs ended up winning the trial. For this, they received a nice 100 in their gradebook, while the opposition received a 90.

The trial was incredibly competitive, and my peers and I fought each of our cases until the bitter end.

An interesting dynamic of the activity was that those participating could dress up as their specific monarch or enlightened thinker; a couple of students even ended up wearing wigs and dresses. Even the lawyers were able to dress up.

During the trial, I played the role of France’s King Louis XIV; I wore a crown, carried a sword, and wore a cape (made from a blanket). Thankfully, my team won the trial. We were desperate to persuade Judge Turner, so our prosecutor, 10th grader Sadie Callaghan, brought out her tarot cards to try and get on Judge Turners’ good side.

In the end, the ‘Trial of Monarchs’ ended with the prosecution winning, and my team getting hundreds.