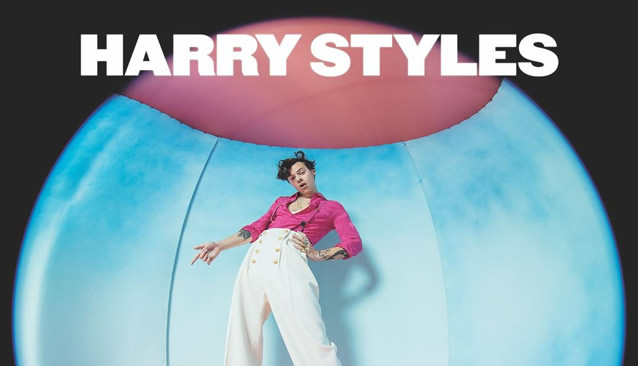 Harry Styles is a 27 year old British singer-songwriter and actor. His career started in 2010 when he went on X Factor, where he was in the band One Direction from 2010 to 2015. A few months after Zayn Malick left the group, the band dissolved after an 18 month hiatus. In 2017, Harry Styles launched his solo career, releasing his debut album titled Harry Styles, though those who are true fans call the album HS1.

On December 13, 2019, Harry released his second album entitled Fine Line, which came with it an accompanying tour (the Love On Tour), which the singer is currently on. The singles off of Fine Line are as follows: “Lights Up,” “Adore You,” “Falling,” “Watermelon Sugar,” “Golden,” and “Treat People With Kindness.” The album was incredibly well-received, with “Watermelon Sugar” winning best pop solo performance at the 2021 Grammy Awards.

Fine Line was different from his first album in many ways. For instance, the songs were noticeably  more upbeat and jovial. Fine Line is also far longer than HS1.

The first track off Fine Line is the single “Golden.” This song is remarkably fun to listen to, which many can agree with. One interesting tidbit about “Golden” is that Harry will often change the lyrics at times while on stage. This gives the song an aura of mystery and intrigue that is not necessarily innate in the track.

Harry, riding the wave of his popularity, has also introduced many pieces of merchandise into the consumer world, much of which revolves around his motto to “treat people with kindness.” This motto even became a song off of Fine Line, the album’s eleventh track. Last year on New Year’s Eve, Harry surprised everyone by dropping an incredible music video to accompany the song, one which I can only regard as beautiful and inspiring.

The second song off the album is entitled “Watermelon Sugar,” perhaps Harry’s most famous. I would venture to guess all have heard the track at least once in their life. I would argue, however, that “Watermelon Sugar” does not deserve the hype, and is certainly not as worthy of praise as it has fanned in the recent past.

I believe “Watermelon Sugar” is not Harry’s Grammy-worthy track, but the titular “Fine Line” is. This song has an incredible show of emotion, which makes it a treat to listen to every time.

Everyone should listen to this album at least once in your life. If you don’t, are you even really living?